You are here:
BlogMold Damage 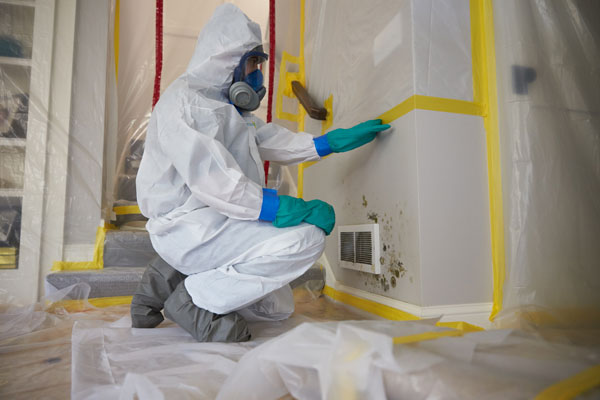 Mold can flourish in any environment. It might be in your bathroom, behind your kitchen sink, where a leak could go undetected, or in your damp basement. These are just some of the usual places where you can encounter mold, which can be a possible cause of allergy. Learn about the symptoms of mold allergy from ServiceMaster of the Upstate.

People who experience allergic reactions to molds have symptoms similar to that of other respiratory allergies, like sneezing, nasal congestion, an itchy throat, irritated eyes, wheezing, coughing, and a runny nose. Asthma symptoms can also be triggered and intensified by mold.

When you inhale mold spores, the body recognizes them as invaders and produces allergy-causing antibodies to ward them off. In later contact with the mold, the body identifies it. It reacts by releasing chemicals such as histamine, which causes these usual mold allergy symptoms such as sneezing; itchy, watery eyes; or a runny nose.

The most common symptoms of mold exposure include the following:

You may develop mold allergy symptoms due to some of these risk factors around you:

Make an Appointment for Mold Removal in Spartanburg, South Carolina

ServiceMaster of the Upstate is on-call 24 hours a day, 7 days a week to immediately address your mold emergency. We service residential and commercial properties in Greenville, Saluda, Spartanburg, Newberry, and Laurens, South Carolina, and surrounding areas.

Don't know what to do next? We do. Contact us today.

Practical Ways to Prevent Water Damage in Your Attic
July 13, 2022

Keeping Restoration Costs Down in South Carolina Doesn’t Have To Be Hard. Read This Tip!
July 7, 2022

Things to Do When Disaster Strikes in South Carolina
June 10, 2022

Hurricane Warning Signs to Look Out For
May 4, 2022

How to Stay Safe When a Thunderstorm Threatens
May 3, 2022

Why is There a Need for Urgent Mold Removal?
April 11, 2022
SEARCH
CALL US NOW!
REQUEST PRICING
FOLLOW US
REVIEW US
FEATURED ARTICLES
TESTIMONIALS

We have four children and four pets that do a number on our carpet. That’s why we call ServiceMaster of the Upstate for our carpet care needs. So far they’ve been able to get out every stain my family puts into the carpet.

ServiceMaster of the Upstate really came through for us in our time of need. They were fast, courteous, and a pleasure to work with.

The immediate response, the friendly staff and the wat my home sparkled after Servicemaster touch!